Why and How to Use Memes in Your Marketing Strategy

Let's start off by explaining what a meme is, in case you haven't used the internet since dialing up on AOL 3.0.

A meme, as defined by Merriam-Webster, is "an amusing or interesting item (such as a captioned picture or video) or genre of items that is spread widely online especially through social media".

Something to note, because I hear it mispronounced often: the proper pronunciation is not "me-me". Imagine that the word rhymes with theme or dream.

Now, onto the fun stuff.

Memes make us happy. Memes make us want to share them with the world. But why? Vice did an interview with Dr. Kanan Khatau Chikhal, a clinical psychologist who has been analyzing the human brain for nearly two decades.

"Human beings need three things: love, self-esteem, and security. In our journey of seeking security, belongingness plays a very important role...That’s why people relate to memes—because they resonate with them, which creates a sense of identification. We form groups, and this identification with the meme culture is largely perceived with a feeling of 'I’m not alone'."

So what can that do for us, as business owners?

Why Use Memes in Marketing

Like the psychologist stated, they create a sense of identification and a feeling of being part of a group. This gives your business and brand humanization and helps you relate to your audience better.

Let's look at the start of the recent pandemic as an example. The hilarious memes shot around like wildfire (and are still circulating).

Why did people love them? Because we're all going through this together. We all "get the joke" because it's something we can all relate to. And we all want to take something serious and make a little light of it so we can get through our days - together.

That sense of togetherness is what makes them a great marketing tool. It shows you, as a business, are with us too!

How to Use Memes for Marketing

So I've given the what and the why. So let's talk about how. There a few key things to remember when using memes in your marketing, because not all memes are "good" memes.

Remember, Millennials have surpassed baby boomers in the population. With their current stage of life, they represent a substantial amount of spending money. Millennials are considered so economically valuable, that many businesses transition their advertising and marketing strategies to cater to them. So don't be afraid to loosen up. Start using memes in your content strategy: Because if you provide amazing content, you'll find amazing customers!

8 Things to Check Before Hitting Send on Your Marketing Email

Why Inbound Marketing Is The Strategy to Reach Millennials

Marketing Your Business: A Checklist for Getting Started 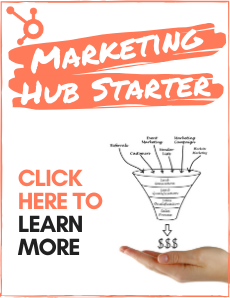