We Tested Twitter Promote Mode for 60 Days: These Are the Results

In this wild world of social media, wouldn’t it be nice to just wave a wand and watch your tweets collect clicks and your Twitter account rack up followers?

The day has come, friends… sort of.

Back in June we posted about our plans to try out Twitter’s newest feature, “promote mode.” As promised, we put this feature to the test for 60 days.

We say “sort of” because the wand-waving is more like a few clicks; and how you interpret our results really depends on your definition of “rack up.”

Things to Know Before You Turn On Promote Mode

Before we get into our findings, there’s a few things that need to be addressed. Let’s go over what Twitter promote mode guarantees its users, and the variables we encountered that may have affected our results.

For a flat fee of $99 per month, Twitter promote mode will boost up to 10 of your first tweets every day. This means after 10 tweets, you’re on your own. Thus, we recommend you put all your caffeine-fueled brain power into the first few tweets you send out each day.

After you sign up for promote mode, you're prompted to set up a target. You can choose to target either a location or a few interests, but not both. Because of this limitation, it's not recommended to rely only on promote mode to take care of your Twitter campaigns.

What Happens When You Turn On Promote Mode?

Just a couple more things specific to our organization before we get to the analytics (we know, you’re chomping at the bit).

On to the numbers!

Our Results After 60 Days in Promote Mode

In the table below, our two control months come first (May and June). We ran promote mode during the months of July and August.

Despite our significant increase in posts each month, our clicks remained fairly steady through both the control and trial months. However, our followers count varies greatly; but since we ran our test during Twitter's account purge, that data is unfortunately unreliable.

But not all is lost! We did notice a significant increase in one of the most important Twitter metrics: Interactions. Interactions include mentions, replies, comments, likes, +1s, and retweets. People who take the time interact with your posts, versus just clicking through, can be considered your brand advocates!

Here's where it starts to get juicy. Twitter summarizes a tweet's performance with what they call an engagement rate. This number is found by dividing the number of engagements a tweet gets by the number of impressions it makes (otherwise described as the number of times a user had the opportunity to engage with it).

Here's a rundown of our average engagement rates during each month of the test:

Not bad, huh? Our engagement rate clearly spiked during July and settled quite nicely during August. From June to July, we had a 57% increase in our average engagement rate.

If you're like me, you prefer your data organized into pretty graphs. Voila! The graphs below show our clicks and interactions during the entire trial period, May 1 through August 30.

What about this "reach up to an additional 30,000 people" claim, then?

Travel on over to the "promote mode" section in your account and you'll find all the promotion's analytics.

And the "30 new followers" guarantee?

Not quite as successful. In our (and Twitter's) defense, we launched our experiment in the midst of the great account-purge project. Justin Bieber lost 2 million followers, so we can't complain too much about our 114.

It's clear that Twitter's promote mode could benefit your organization's Twitter presence, especially if you're at around 2,000 followers. Now that Twitter is (we think) done purging accounts, you might see more success with your follower gains than we did.

Remember, only using promote mode to run your Twitter campaigns isn't wise. It's automated and easy, but it relies on quality content for best results. Twitter suggests using promotion mode along with Twitter Ads for maximum reach.

If you're wanting to jump on the social media train, you'll love our social listening workbook - you can download it below. It's a great place to start learning about the most important part of a successful social media campaign - YOU!

Why Inbound Marketing Is The Strategy to Reach Millennials

Marketing Your Business: A Checklist for Getting Started

Why and How to Use Memes in Your Marketing Strategy 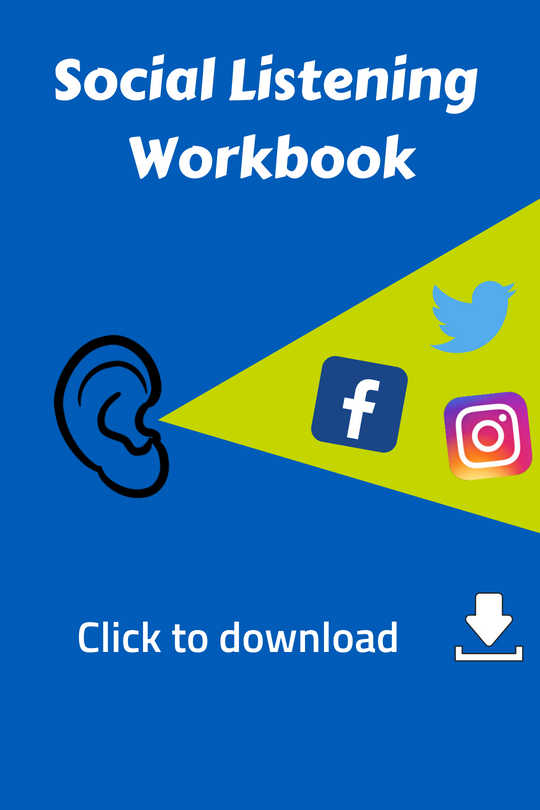