How The Movie "Chef" Did an Amazing Job with Twitter

This past weekend I watched the movie "Chef" and not only was it funny, but all I could think is how many businesses could learn from this movie when it comes to using Twitter to promote their business. The main platform that was used in the film was Twitter. Twitter started out as the culprit to the head chef of  a popular restaurant to lose his cool and eventually his job. In the end, Twitter showed extreme value and saved the day and his career when he started his own business, El Jefe, a food truck!

Those that saw the movie may think that is unfair as he was a popular chef, but if you look at the "accidental" strategy, which was when he called out the food critic and gained massive followers from one tweet, it was a bit genius. The Chef did not know anything about Twitter until his colleagues accidentally brought to his attention the bad review he received from the famous food critic. He decided to give the critic a piece of his mind. For those that think hitting reply on Twitter means you are sending a "private email" to the person, this is incorrect. When you reply, the whole world can see it. The Chef quickly learned this after his young son explained it to him and the damage was already done. Although there was some damage due to the inexperienced tweeting chef, the reply did give him a quick boost in his Twitter following.

Now for the strategy that I loved most -- geotagging. As they started their journey from Miami, Florida back to their home in California, his young son would take pictures and tweet where they were headed next. Sure enough, they would arrive and a line would be waiting. The dad was in awe at what Twitter was doing for them and discovered his son was a marketing genius. I would have to agree that his son has a great career in marketing some day.

You may wonder, how exactly did the audience know where to find the food truck? It was quite simple, the little boy took a picture of the food truck and the street sign and then geotagged his location. What is Geotagging you might ask? Geotagging is when you have the setting on your account set to "let Twitter use your location." When using your phone - which is how most users use Twitter, myself included -  there is a "Google Marker" that you click to enable Google to give your exact location via your phone's GPS position. I personally don't use geotagging for myself, but I and my team have used it when on location for certain clients. Usually events, trade shows and special occasions have found this feature to be very beneficial.

One item I wish they would have used in conjunction with tweeting is the power of reviews. They started the movie with the simple fact of how powerful review critics are, but everyday customers reviews are just as powerful, if not more so. I kept waiting for the son to show his dad a review that was left on Yelp or UrbanSpoon or simply requesting the reviews. But it didn't happen. Perhaps if there is a sequel to the movie they will ask me to play the part of Sofia Vergara's long lost cousin that will help market the line of food trucks and restaurants. After all the name Sonja is derived from the name Sofia.

A Beginner’s Guide to Calculating ROI

Choosing a Marketing Firm: A Vendor or A Partner?

The Ethics of Social Media Marketing

Why Your UAV Company Should Have a Crisis Plan 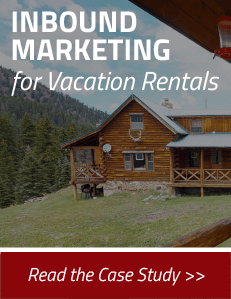